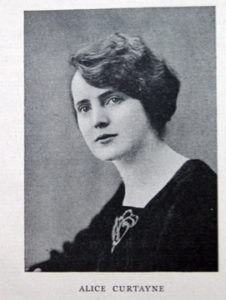 Hello readers. Today I am sharing a section of my second project article, focused on the intersection between environmental place, nostalgia and medievalism. This will eventually form part of a new publication, which will in turn form part of my book on Lough Derg.

If you are interested in seeing the results of my previous blogging, you can read the preprint of an article entitled “‘An islet stands in a lonely lake’: Rural Affective Waterscape in Accounts of Lough Derg, County Donegal”, which is currently undergoing peer review. Comments and feedback are welcome, and you can annotate the PDF online using hypothes.is.

On to the discussion!

Time flows differently in places like Lough Derg. Its narrators have become adept at controlling this flow, shaping it and manipulating it for social and political effects. Forces such as nation building, the maintenance of national identity or the nostalgia for a putative lost medieval past all feed into this complex. The 1930s was a period when Irish Catholic authors were reasserting the authority of their suppressed identity, building the foundations for a new sense of place to match a new Ireland.

In the case of Lough Derg and its pilgrimage, one of the chief narrative architects was Catholic scholar Alice Curtayne, who has appeared before on this blog. As the Project Alice Curtayne blog – a body of information created to catalogue Curtayne’s life and increase the visibility of her role upon Irish history – details, hers was a significant and formative impact achieved over a lifetime of extensively researched monographs, and the story of Lough Derg formed an abiding strand in this bibliography. Like contributors to this blog, I would like to see Curtayne’s role acknowledged more widely and in more contexts. Fortunately, this process is well underway.

In her pamphlet – entitled Saint Patrick’s Purgatory: The Sanctuary of Station Island, Lough Derg or An Excursion into the Fifth Century – Curtayne describes a machine of medievalist memory in great detail. Rural isolation is the crucible, religious identity the goal, returning to the medieval past of devotional exercise is the mechanism. Like the British stamp made Irish in the header of this blog post, Curtayne sought to rewrite the script of Irish identity, to project something new onto the bones of the Anglo-Irish past.

The pamphlet begins with a clear manifesto of its intent:

AN EXCURSION INTO THE FIFTH CENTURY

Station Island, In Lough Derg, County Donegal, the goal of Ireland’s national pilgrimage, is a mere craggy knoll less than an acre in extent, set in a grey quiet lake, enfolded by a chain of low rolling mountains, barren, grey too, quiet as the lake they shield.

There abide here three qualities of life, so rare as almost to have vanished from our world: antiquity, simplicity and quietude – characters conditioning all permanence and sweetness. The allure and assuage the mind. They lend this pilgrimage its special prestige.

Fully as ancient as our Irish Catholic Life, the Lough Derg devotion is a door opening from the twentieth century into the fifth: at once a voyage of discovery and an avenue of escape. On this Island the past endures; fifteen hundred years are as though they had never been. Every pilgrim disembarking here becomes a sort of Rip Van Winkle and returns enriched with experimental knowledge of Celtic Christianity.

The name of the pamphlet makes its goal clear. It explains Lough Derg, but also proposes its purpose to an incipient and emancipatory Catholic identity. Curtayne was writing at a heady time for Irish nationalists. The Anglo-Irish Treaty of 1921 had brought the Free State into existence, and 1932 was a time for myth-making, place-making and the consolidation of a new cultural identity. The ostentatious Celtic design work of documents such as Saorstát Éireann: Irish Free State official handbook (1932) rhetorically signaled a return to an Ireland that valorised the aesthetics of the Gaelic, the medieval, the traditional and the Irish while striking out for something new. Curtayne and other Irish religious scholars were part of the vanguard of this new identity:

In the early twentieth century, publications which documented the lives of Irish saints become more prominent, a trend which is no doubt attributable to the intense interest in national identity so characteristic of this period. There were several significant studies of the early Irish church, as well as many studies of St Patrick and St Brigid, who were both embraced as national heroes. St Patrick was always popular but the foundation of the Irish Free State in 1921 appears to have renewed interests in the lives of Irish saints more generally. The early 1930s saw the issue of publications on St Patrick by Alice Curtayne and Thomas Concannon respectively.

In the same period, Curtayne also published a biography of Saint Brigid (1934), and a variety of other Irish nation-building narratives such as a life of Saint Catherine of Siena (1929) and a biography of the Jacobite Patrick Sarsfield, First Earl of Lucan (1934). Curtayne’s writing career was lengthy, including titles such as stories of twenty Irish saints written for children (1955, and still in print), and a biography and collected works of nationalist war poet Francis Ledwidge (1972). She was an architect of a new Catholicism, enfranchised and out in the open. Curtayne’s narrative nation-building harnessed the vehicle of nostalgia to sketch the future, reconfigure the past, and embed new present. As Curtayne herself described, it was a struggle to break out of the pigeonhole of hagiography and hagiology, made especially difficult by the demand for her public speaking engagements on the topic. Focusing on other “purely Irish” themes such as Lough Derg allowed her literary career to broaden and reveals the depth and range of her interests.

Among other things, Alice Curtayne was a sharply purposeful and strategic nostalgic for the medieval. This is a common trait in those with a vision of an imagined present and future coupled with a longed-for past. As medievalist Andrew Lynch has argued:

Since the desire in nostalgia is always a desire formed by the pressures of the present, it should not be surprising if a coercive and concessive nostalgic practice results. Furthermore, nostalgic subjects often have a variety of modes of engagement with the past, and a variety of modes of access to it. They may have, for example, both a scholarly and an aesthetic investment in the past, or their emotional response may be disarticulated by simultaneous allegiance to agendas – nationalist, religious, cultural – in which the value of the past is configured very differently.

Lough Derg was inducted into a cultural and historical project for which it was ideally suited: a nostalgia or national remediation that was both concessive and coercive. It conceded that it operated in an Ireland of the twentieth century that differed fundamentally from the romantic Irish early Middle Ages of monasticism and saints. It coerced the reader by inculcating a renewed sense that recapturing the spiritual purity of the past and embracing the austerity and isolation of Lough Derg’s pilgrimage was a path back to the past, if only for a few hours or days.

The present was stamped with an identity that the Protestant Ascendancy had sought to extirpate, and the past reconfigured so that it was the Middle Ages that served as the sanctioned guide for a new breed of Free State Catholic. The modes of accessing this past – the Irish language and a Gaeilgeoir community identity, mythology and folklore, nation building, education, international relations, history, literature, poetry – were manifold, as were the tactics of their use, conscious and unconscious. Twenty-first-century Ireland exists and is imagined in a particular way because of these tactics, and Lough Derg is the flagship sacred site in a network of nationally reaffirming medievalist nostalgia and identity machines.