I hope that this finds you well. I’m currently on a writing fellowship at The Greenhouse Environmental humanities Institute at the University of Stavanger, Norway. As a result, I will soon have a lot of new writing to share with you!

For now, please see some recent publications for the project. Both articles are open access and licensed under CC BY 4.0 International Licenses!:

The 1795 Disaster: Casualties of the Spiritual Waterscape of Lough Derg, County Donegal 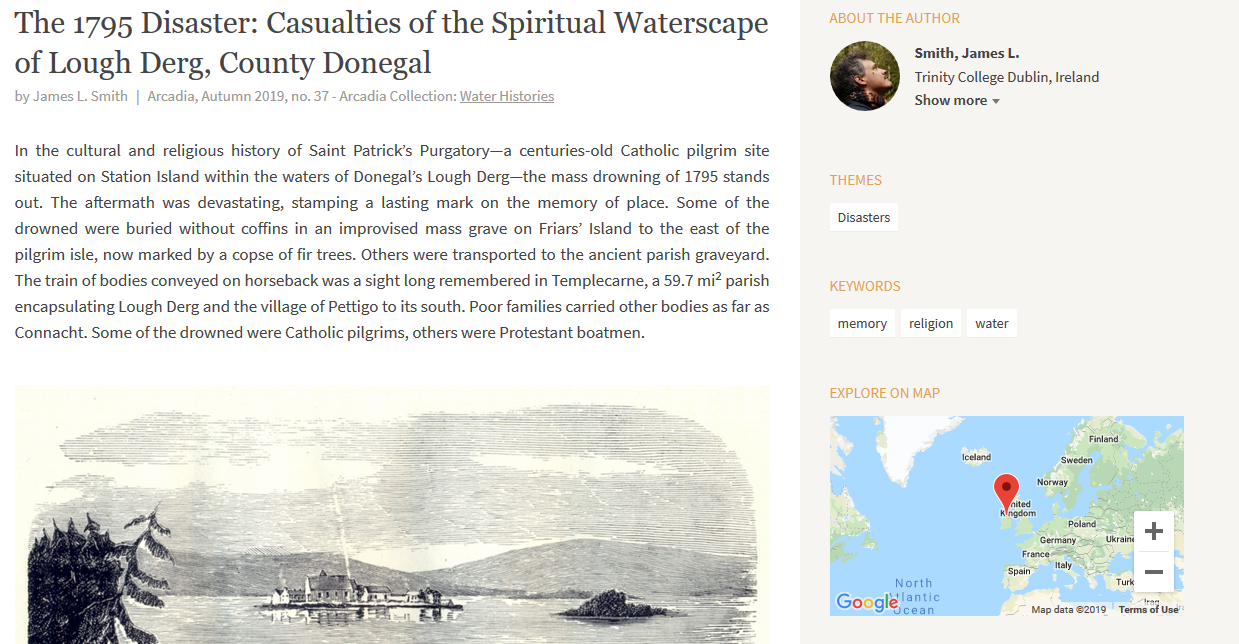 In the cultural and religious history of Saint Patrick’s Purgatory—a centuries-old Catholic pilgrim site situated on Station Island within the waters of Donegal’s Lough Derg—the mass drowning of 1795 stands out. The aftermath was devastating, stamping a lasting mark on the memory of place. Some of the drowned were buried without coffins in an improvised mass grave on Friars’ Island to the east of the pilgrim isle, now marked by a copse of fir trees. Others were transported to the ancient parish graveyard. The train of bodies conveyed on horseback was a sight long remembered in Templecarne, a 59.7 mi2 parish encapsulating Lough Derg and the village of Pettigo to its south. Poor families carried other bodies as far as Connacht. Some of the drowned were Catholic pilgrims, others were Protestant boatmen. 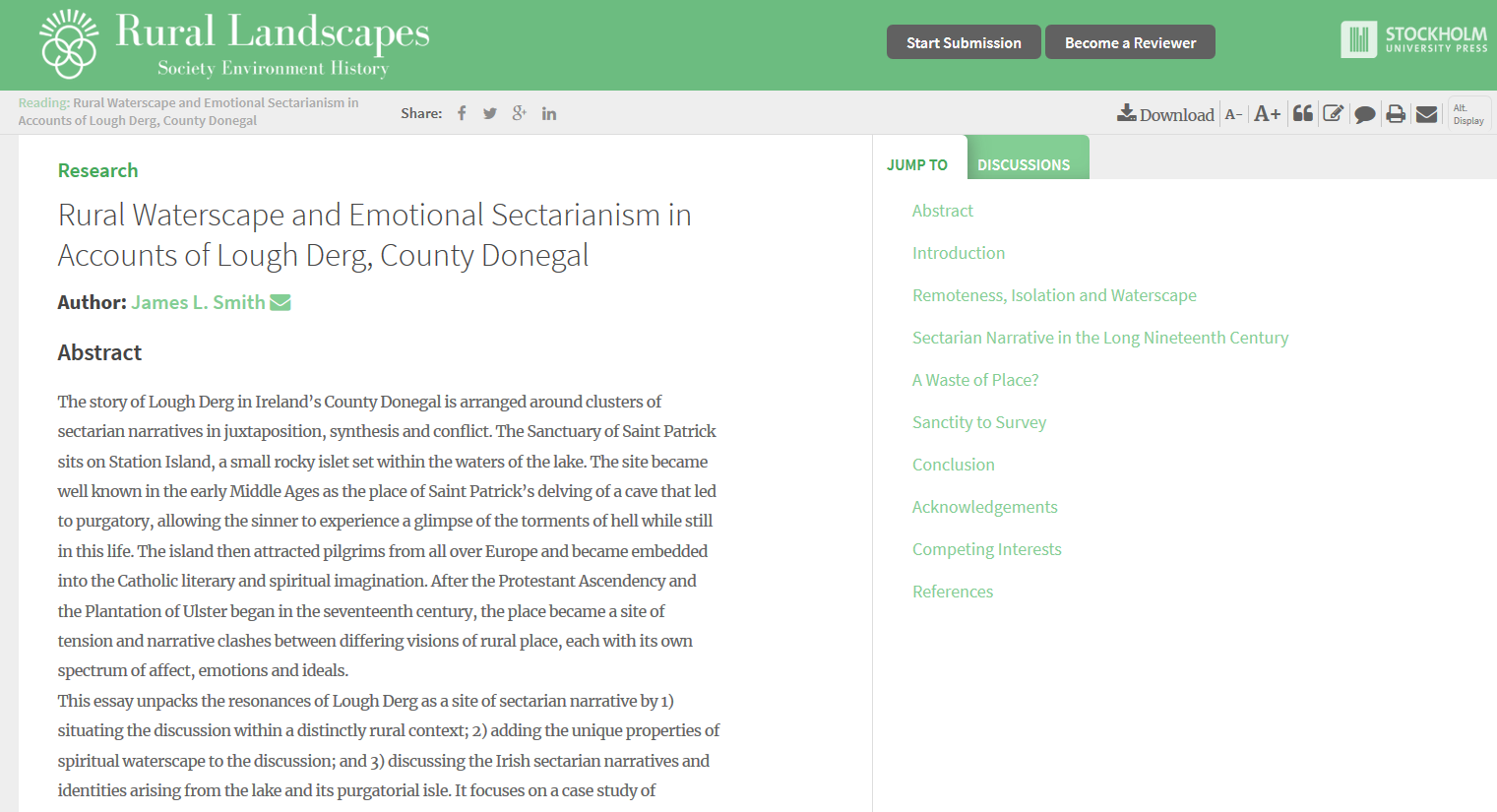 The story of Lough Derg in Ireland’s County Donegal is arranged around clusters of sectarian narratives in juxtaposition, synthesis and conflict. The Sanctuary of Saint Patrick sits on Station Island, a small rocky islet set within the waters of the lake. The site became well known in the early Middle Ages as the place of Saint Patrick’s delving of a cave that led to purgatory, allowing the sinner to experience a glimpse of the torments of hell while still in this life. The island then attracted pilgrims from all over Europe and became embedded into the Catholic literary and spiritual imagination. After the Protestant Ascendency and the Plantation of Ulster began in the seventeenth century, the place became a site of tension and narrative clashes between differing visions of rural place, each with its own spectrum of affect, emotions and ideals.

This essay unpacks the resonances of Lough Derg as a site of sectarian narrative by 1) situating the discussion within a distinctly rural context; 2) adding the unique properties of spiritual waterscape to the discussion; and 3) discussing the Irish sectarian narratives and identities arising from the lake and its purgatorial isle. It focuses on a case study of Protestant and establishment accounts of the lake during the nineteenth century, depicting them as internally diverse as well as part of a larger ecology of sectarian contestations. It explores waterscape and its role in influencing community responses to and shaping of place, the manner in which sectarian responses to space are internally diverse, and the manner in which Catholic and Protestant narratives of place have intertwined to shape the lake in the twenty-first century.